The City of Indian Rocks Beach Welcomes You!

Around the latter part of the 1800's, a group from Cedar Key, among them L. W. Hamlin, explored the area and found a few settlers along the beach. The Hendrick family, according to a 1925 newspaper account, landed in the area in 1883 and homesteaded there. A settlement, Anona, has existed in the vicinity (on the mainland) since the mid-1800's. With the opening of a road from the waterway to the vicinity of Largo, the Indian Rocks area became a favorite spot for picnickers. Residents worshiped at the old Anona Church and children attended the Anona School. 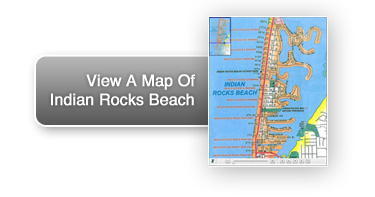 Among the early landmarks were the Indian Rocks Sundry Store, the Indian Beach Hotel and a railroad spur crossing the bay. After a number of years of declining use, the rail spur was removed. The first Indian Rocks Bridge was built in 1916, and its location, in the "Narrows," is indicated by a historical marker. The community grew and developed during its early days, but after World War II that growth started to accelerate rapidly. Today, Indian Rocks Beach is a thriving community that has maintained most of its original character, and supports a lively mixture of recreational activities. From our Nature Preserve, to our parks, to our sandy shores, you'll find a smile on every face, and a warm Florida welcome with everyone you meet.

See All Neighborhoods
The information contained herein has been provided by My Florida Regional MLS DBA Stellar MLS. IDX information is provided exclusively for consumers' personal, non-commercial use, that it may not be used for any purpose other than to identify prospective properties consumers may be interested in purchasing, and that the data is deemed reliable but is not guaranteed accurate by the MLS. Listings last updated Jan 30, 2023 1:11:pm.